The first time I heard about Kailash was while I was still a toddler. My grandparents always mentioned about visiting Kailash and attaining mukti. As I was growing up, a number of times, people from various walks of life mentioned about their inner calling to make it to Kailash Yatra.

I have heard from many a people on how it’s intense and rigorous to visit Kailash early on, say even until 10 years ago. One aunty spoke about her Yatra for over 36 days – 18 days to make the ascent journey and another 18 to return home safely.

One day, in early 2015, I heard about Kailash once again. With my already mapped picture of Kailash, I jumped with joy to visit this sacred space, sometime in my lifetime and left at it.

Then, a new chapter “Marriage” happened around December 2016. Sriram (my husband) too had this intent to visit Kailash for a variety of reasons, but somehow got skipped a few times, he planned the yatra.

Around March end last year (in 2017), I had all the eagerness to visit Kailash and Sriram instantly gave a nod. We decided to do this yatra with Isha Foundation’s Sacred Walks.

Followed by some process:

2 days before the trip, I had jitters. Either, it was Diamox (A tablet that helps you deal with altitude sickness. Believe me, you wouldn’t need it if you are regular with your deep breathing and yoga practices) or simply the reality that kicked in. I almost sank myself into work that week and was definitely not very confident about my own self doing the Yatra. I even told Sriram that he should proceed with the Yatra and definitely not stay back in Chennai, if I end up being terribly sick / unwell.

I was fine and we had our backpacks ready. All of our trip’s essentials were bought from Decathlon, Perungudi / Padur, Chennai.

August 10th – Chennai to Delhi (India)
I was already excited about the trip and there began my real Yatra story.

August 11th – Delhi (India) to Kathmandu (Nepal)
We arrived at Kathmandu and I almost instantly fell in love with this place. Since we reached a day earlier, we had booked our accommodation at Gaju Suite, Thamel Marg, Kathmandu. Both of us explored nearby shops, got our currency converted into Chinese Yuan for the Yatra, bought some rain jackets for Sriram, got some fruits and walked a bit around Thamel, enjoying the drizzle.

August 12th – Radisson Hotel, Lazimpat, Kathmandu, Nepal
We reached Radisson around 12 noon and were greeted with beautiful “Namaste-s” and warm smile. We met Kumaran anna and Ramya akka – who helped us with getting our room, Duffle bags and the entire Yatra kit. They also promptly mentioned about the schedule for the day. Repacking only essentials for Yatra in the Duffle bags, followed by Lunch, Sathsang with Sadguru (Jaggi Vasudev) and Dinner. 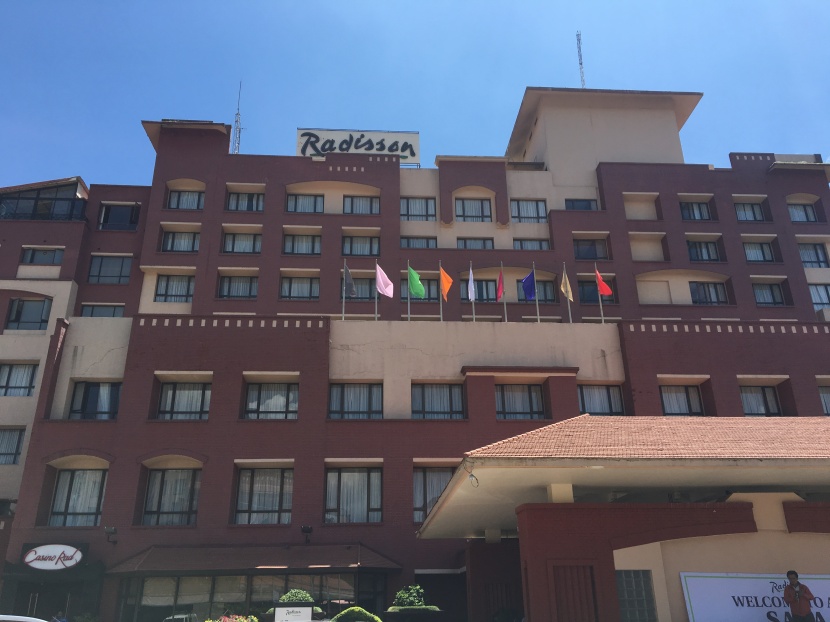 Exactly a year ago. We were at Kathmandu, with a final check list of necessary things we needed to take. And had a brilliant dinner with a huge spread. Wrapped the night with medicines and gone deep into sleep with excitement, jitters and all at once.

The following morning, I quickly ate some fruits and the entire team departed sharp at 6am.

We arrived at Kathmandu airport and departed to Lhasa (Tibet). On our arrival at Lhasa, I realised that the Chinese women at the immigration were super efficient and we didn’t get our passports stamped for obvious reasons. 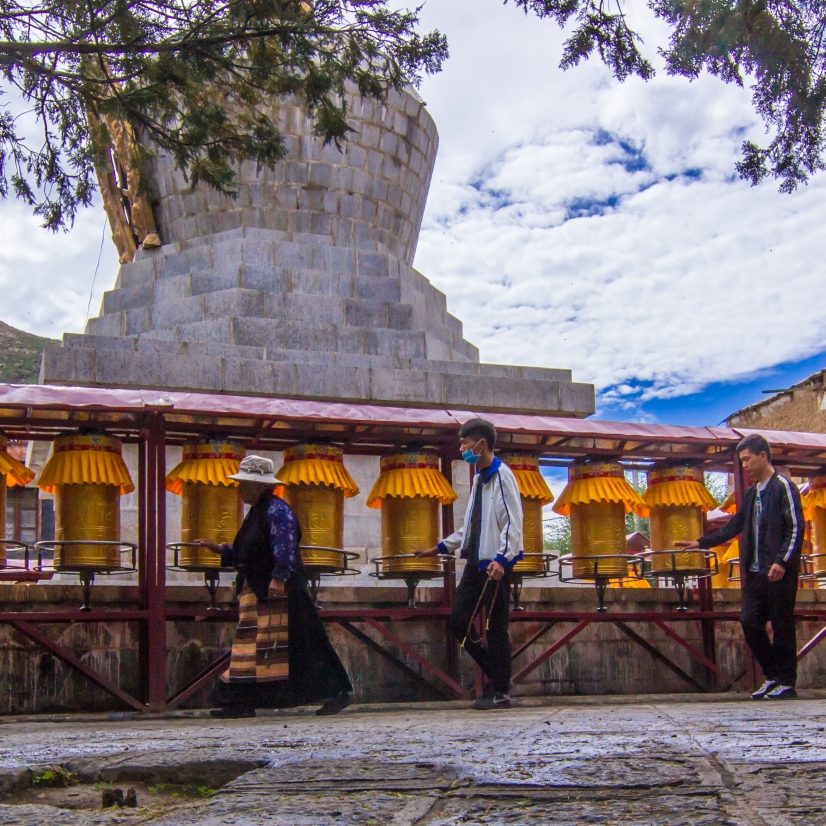 The bus, that would be our home for the next 2 weeks was awaiting us and it was sparkling clean like a new bus. Sriram and I looked at each other and smiled for actually doing this. The sherpa (caretaker/everything to us during the trip) gave us instructions on do-s and don’t-s for the journey ahead and asked all of us “to-be”.

Getting to know others in our bus, managing high altitude sickness, chanting together, expression of kindness in all forms was our routine everyday. At every pit stop, we spent a day or two to get used to the shift in altitude and thus thinning of air to manage our breathing etc.

As we transcended into our journey and took higher steps in terms of the altitude, it was as well the best means to understand myself in every aspect. My physical health was constantly in check and how I coped it – with my mental strength and help of fellow friends in the yatra was truly a humbling experience. Every time, I felt this is it, I found hope and support from means that I least expected. 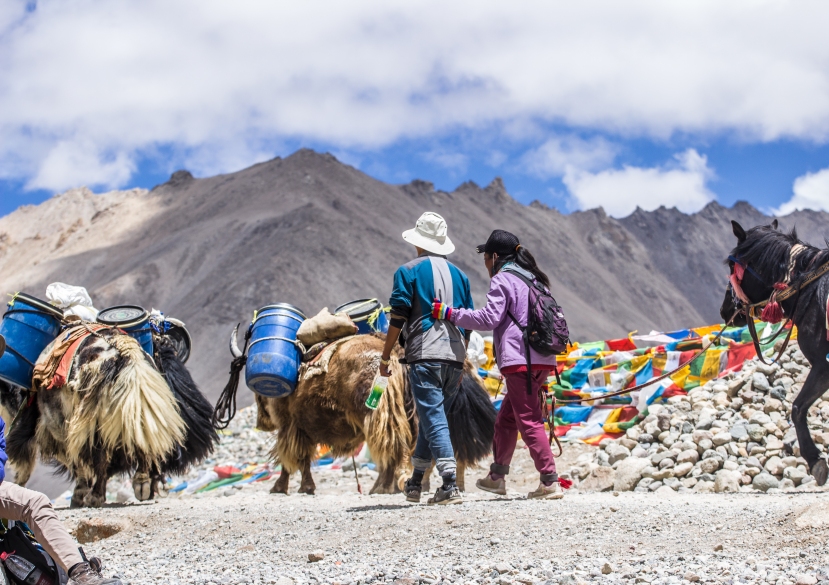 When at Manasarovar, I felt like I could stay there forever. The early morning view of sunrise and swans taking its dip in the lake, the steady water stream and the ripples, the pebbles along the lake and of course the view of Kailash from Manasarovar made it all special. When asked to take a dip in the lake (around 06:30am or so), I was like, really? Is this even possible by me? And guess what – I stayed in the Lake longer than I had expected. It felt very surreal and magical.

And finally, we were at our ultimate milestone – “Kailash”. It was a solitary journey filled with all sorts of conversation between me and the mighty mountains. The mountains shook me up, broke me down, made me ecstatic, helped me open up and made me experience life’s essence – that at the end, we all are a dust particle, we all are a dust particle and that too an insignificant one 🙂 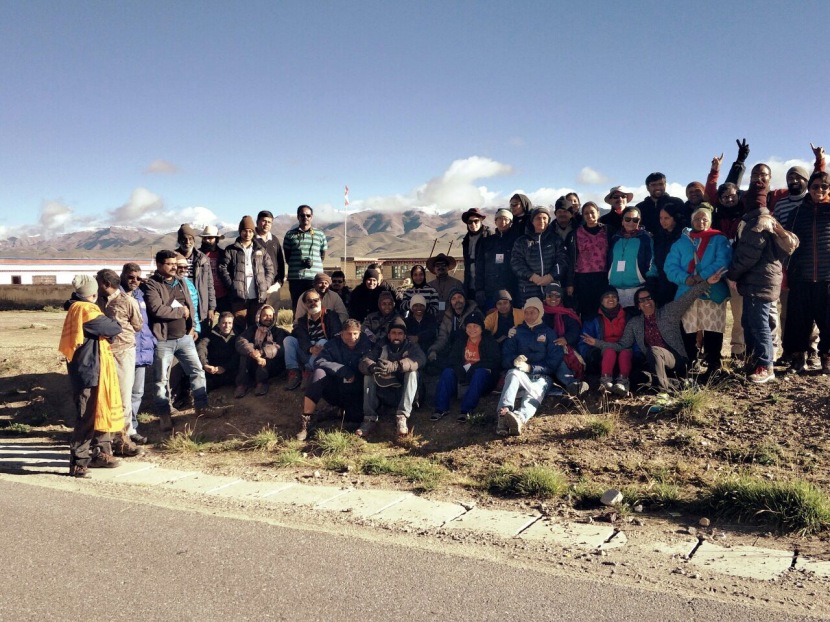 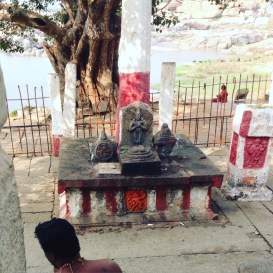 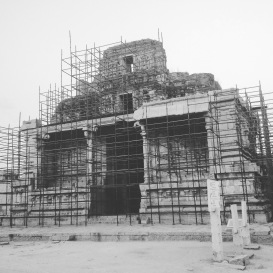 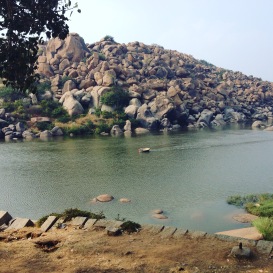 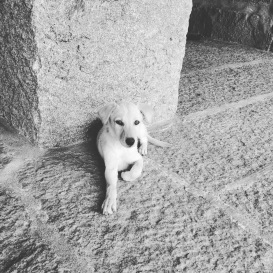 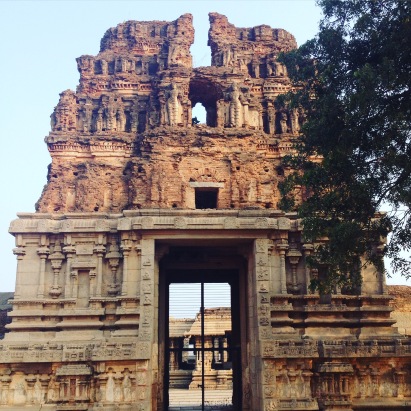 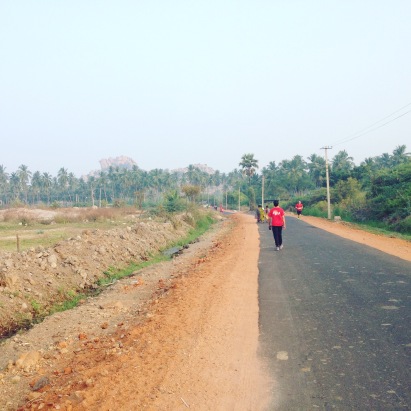 Hampi Heritage Run was announced and it was around mid December, that I decided to register for a Half Marathon. Little I knew about Hampi, but after experiencing this beautiful place in the last 3 days, I assure, it’s a place worth visiting multiple times.

The breathtaking Hampi, the huge boulders, temples that were constructed atleast 1000 years ago, the scenic views, it’s people, the fellow visitors, food, everyone affected me.

How to get there:

Hampi is closest to Hospet.

How to reach Hampi from Hospet:

Hampi is about 14kms from Hospet. You could either take an auto that would cost anywhere between Rs 200 – Rs 300 for one way.

There are plenty of options in Hospet and anything on Station Road is your best bet since its close to railway station and bus station.

Places to see in Hampi:

P.S. This trip was made possible by some dear friends (Sriram, Bharath, Karthik) and I am extremely grateful for the experience.